Self-Control Versus Psychopathy: A Head-to-Head Test of General Theories of Antisociality 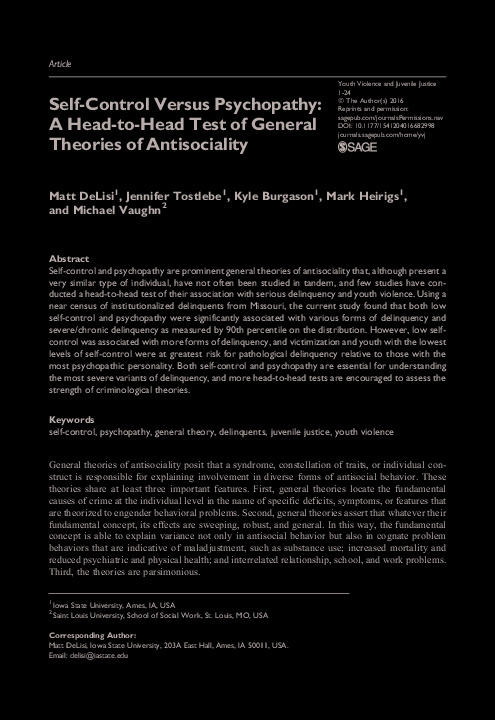 More by These Authors

Intensive Reading Remediation in Grade 2 or 3: Are There Effects a Decade Later?
High School Dropouts in Emerging Adulthood: Substance Use, Mental Health Problems, and Crime
Toward a Bioecological Model of School Engagement: A Biometric Analysis of Gene and Environmental Factors